What is closed captioning? Everything You Need to Know About Closed Captioning

What is closed captioning? Everything You Need to Know About Closed Captioning 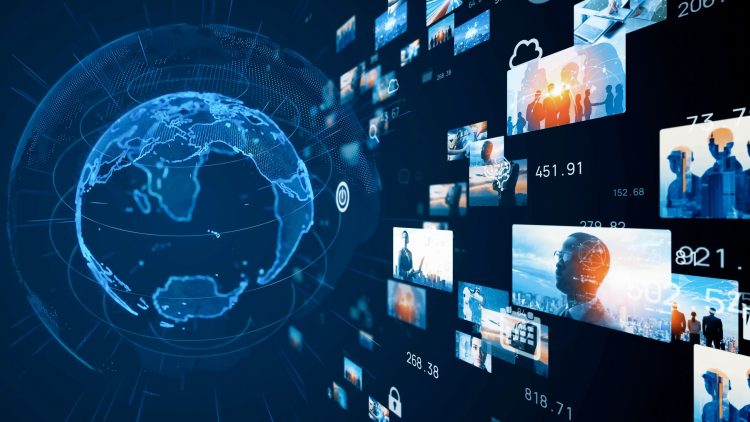 Studies indicate that by 2023, the video will make up more than 82% of all consumer internet traffic. Keeping up with this trend, an analysis by Verizon Media found that 80% of the people who use captions aren’t deaf or hard of hearing. It further states that 80% of people are more likely to watch an entire video when captions are available; 50% said captions are essential because they watch videos with the sound off, and 1 in 3 have captions in a public setting. With the rising dependency on captions, the global captioning and subtitling solution market size will grow from US$263.4 million in 2019 to US$350.1 million by 2025 at a CAGR of 7.4%.

Closed captioning is the key to reaching more people, and it is a critical player in video accessibility. Having closed captions in videos boosts audience engagement, improves user satisfaction, and gives the user the power to choose how they would like to watch the video.

What is closed captioning?

Closed captioning is the textual version of the spoken part of a television, movie, or computer presentation. It makes videos accessible to deaf and hard of hearing, and it is encoded within the video signal.

We now know what closed captions are, now let’s see how they are different from subtitles. There have been many discussions about closed captions vs. subtitles, and both these terms are often used interchangeably.

Closed captions are primarily developed and added for people who are deaf or hard of hearing, and they are identified with a “CC” icon on video players and remotes. Captions come in two forms, closed captions and open captions.

On the other hand, subtitles assume that users can hear but do not understand the audio language. Subtitles translate the spoken audio into a language understandable by the viewer. Unlike closed captions, subtitles do not include non-speech elements of the audio, such as gestures and other sounds. Thus, subtitles aren’t the most suitable option for deaf or hard-of-hearing viewers.

By 1979, National Captioning Institute was founded, and in 1982, the institute developed a process of real-time captioning to enable captions in live broadcasting. The National Captioning Institute helped American television to begin full-scale use of closed captions. Masterpiece Theater on PBS and Disney’s Wonderful World: Son of Flubber on NBC were some of the first programs to be seen with closed captioning.

In the early 90s, the Television Decoder Circuitry Act of 1990 bill, allowing the Federal Communications Commission (FCC) to place the rules for implementation of closed captioning. The Television Decoder Circuitry Act was a big step in enabling equal opportunity for those with hearing impairments. It was passed the same year as the Americans with Disabilities Act (ADA).

Why is captioning important?

Statistics published by National Institute on Deafness and Other Communication Disorders (NIDCD) states that approximately 15% of American adults (37.5 million) aged 18 and over report some trouble in hearing, and about 28.8 million U.S. adults could benefit from using hearing aids. In the World Health Organizations’ report, Deafness and hearing loss, they stated that more than 5% of the world’s population experience hearing loss, and by 2050 nearly 2.5 billion people are projected to have some degree of hearing loss, and at least 700 million will require hearing rehabilitation. With a growing population of deaf and hard-of-hearing individuals, adding closed captions to the videos makes them accessible. Without closed captions, you could be losing a whole section of the audience, and, not to mention, it is mandatory by law. The ADA, passed in 1990, mandates private and public businesses to ensure people with disabilities are not denied services.

Thinking about how to make your content ADA caption compliant? Schedule a demo with our experts.

More video content is created and consumed in 30 days than the major U.S. television networks broadcast in 30 years. The 2021 Video Consumption Statistics show that video is the number one source of information for 66%. On average, people spend 6 hours and 48 minutes per week watching online videos. 500 million people watch Facebook videos every day. Closed captioning plays a vital role in these statistics. According to the report by Verizon, 50% of people prefer captions because they consume the videos with the sound off, irrespective of the device. 80% admitted that they are more likely to watch an entire video when captions are available.

Captioning makes these videos more accessible, as even deaf and hard-of-hearing viewers can enjoy. Captions help people in retaining information better and help them keep focus. As video consumption is increasing every day, content creators must include captioning in their videos.

Imagine watching a video while commuting in the subway or uber; you’d want to keep yourself aware of the surrounding sounds while watching the video. It sounds impossible otherwise but not with closed captions. Closed captions allow people to watch videos in sound-sensitive environments. This results in the following direct gains for the broadcasters: Closed captions increase the average watch time and ensure users stay engaged with the content as captions provide context to the viewer. Captions are proven to be one of the most prominent factors when users are deciding to buy.

How to add subtitles to your video?

Digital Nirvana leverages two decades of speech-to-text and knowledge management expertise to deliver greater productivity and shorter turnaround times and improve the captioning process’s speed and accuracy — all in an easy-to-use interface, Trance. Digital Nirvana’s Trance brings the AI advantage to your transcription, captioning, and translation workflows. Trance is a cloud-based, enterprise-level SaaS platform, accessible from any web-enabled computer to auto-generate transcripts, create closed captions and translate text into more than 100 different languages. To know more about Trance or talk to our subject matter experts, contact us.

Let's lead you into the future